Long story short, since februari 5, 2014 the European union has decided to ban laserpointers higher than class 2 with maximum 1mW output power. Meaning class 3R (1-5mW),3B(5-500mW) and class 4(500mW+) laser pointers are forbidden to sell and or own in the European union. Source English - NVWA source (dutch)

All laserpointers sold in Europe must comply with the norm: NEN IEC 60825-1:2014 and the general product safety directive under: 2001/95/EC (sources: Source 1 - Source 2) , have a technical file with ROHS and EMC tests and when they comply get a CE marking.

The problem right now in Europe

99% of laser pointer resellers buy them from China and the problem in China is they do not have to comply with European laws so they just place a label on there claiming to be CE compliant and max output 1mW but when tested it is most of the time 10x higher and thus making the CE mark invalid. In Europe when you buy from China you are resposible for complying with the law here in Europe and not the seller in China because the law there has nothing to do with Europe.

So over the last couple of years there has been a spike in laserpointers who are dangerous and unsafe and most importantly illegal to sell.

Why its dangerous to use and sell laserpointers over class 2

Laser pointers over 1mW are considered dangerous because when for example a class 4 laser hits the pupil in your eye, you will become permanantly blind. In June, 2018 A boy in Greece has permament eye damage by shining into his own eyes. Besides eye damage class 3 and 4 laser pointers can burn your skin within 15meters! Imagine if anyone could buy these without restrictions so the 2014 ban is a life saver for many but unfortunately there are still webshops selling illegal laser pointers higher than class 2. Its our mission to stop them and educate them about the law in Europe.

Examples of a legal and illegal laserpointer.

You can clearly see the differences in strength and this shows in the output test. Besides output the label used on the illegal laserpointer is not compliant with the norm NEN IEC 60825-1:2014. 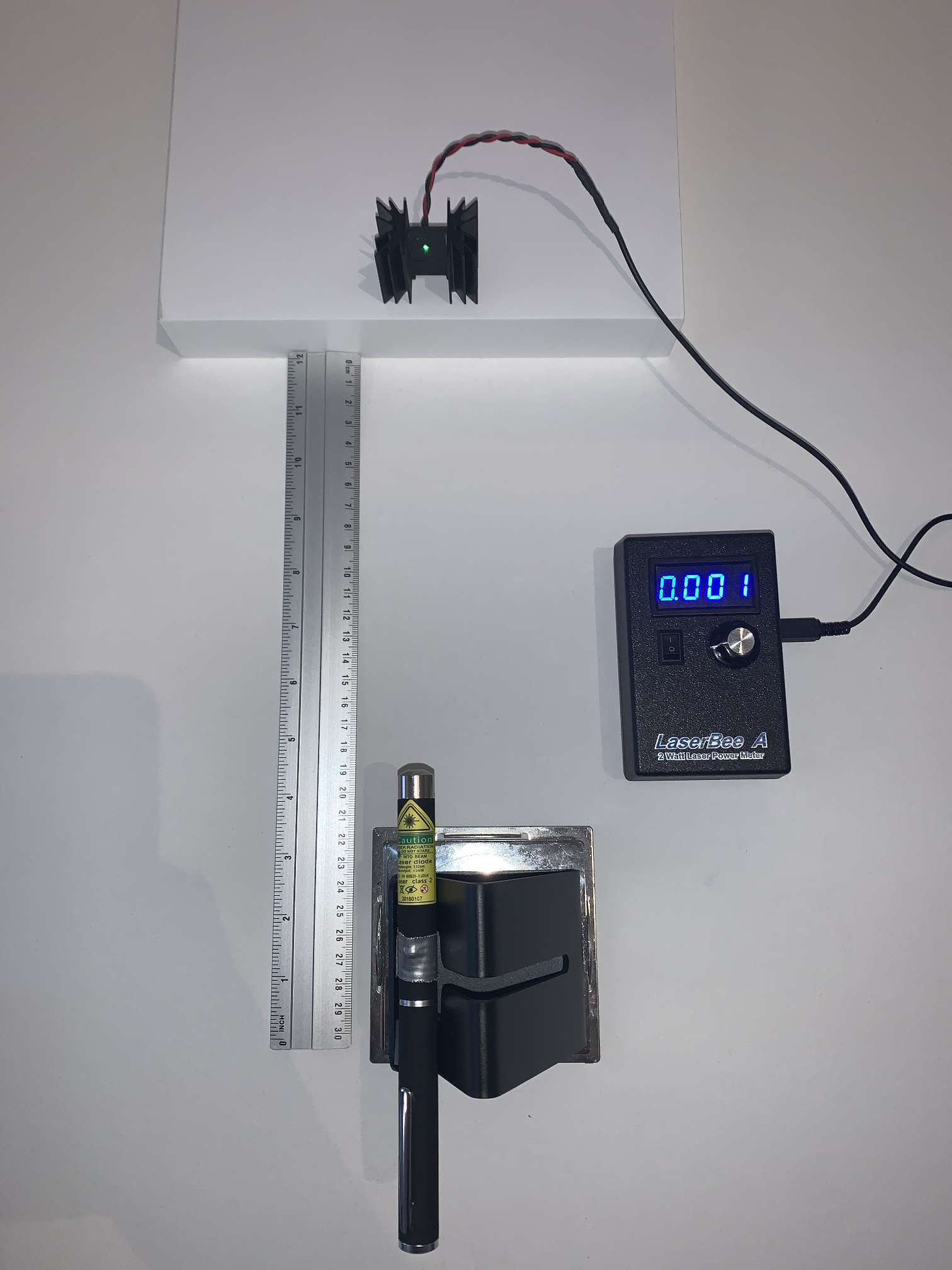 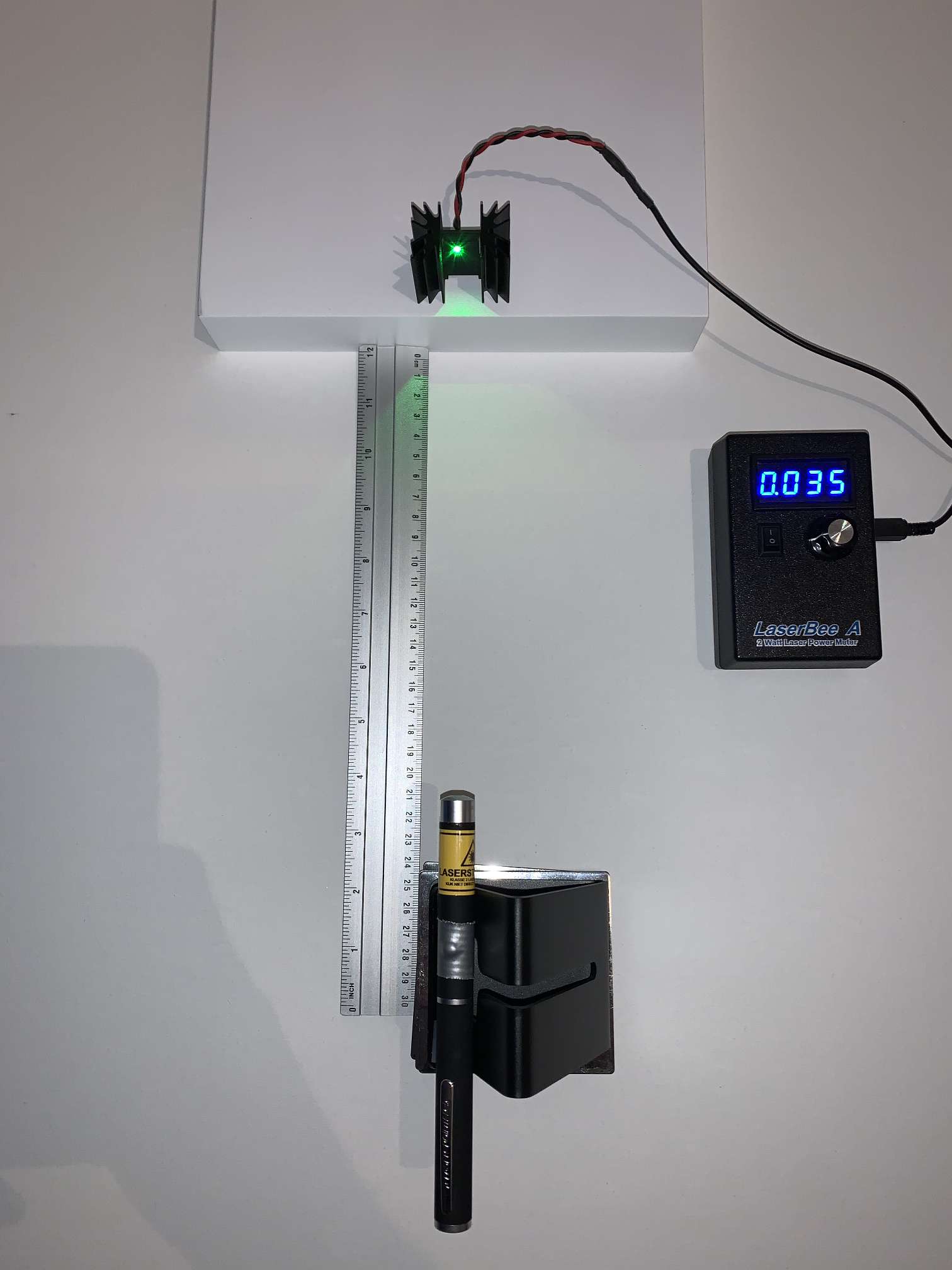 What about selling laser pointers to businesses only (B2B)

We have had close contact with goverment agencies in Europe discussing the law around laser pointers and in short selling laserpointers higher than class 2 to businesses is the same for consumers.

Directive 2001/95/EC on general product safety applies to all products placed on the market so this directive also applies to laserpointers whether consumers or businesses doesn't matter. In the scope of a laserpointer common sense can be used to determine that a class 3R, 3B and especially a class 4 shall not be considered safe and here is why:

To back above up once more, the goverment agency Rijksoverheid.nl in The Netherlands responded with this statement regarding our question about selling higher classes laser pointers to businesses only.

To verify this statement agencies can contact Rijksoverheid.nl and use case number: #VWSzorg1911 0501

Want to read more about laser pointers law and safety?

Check out our friends at: LaserPointerSafety